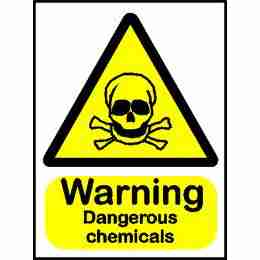 As a parent, you will naturally want to give your infant the best and tender loving care you can give. That is why when it comes to choosing the diapers to use, it is best to be informed of the inherent dangers of disposable diapers that many parents do not know.

Here are some of the more important news of disposable diapers that you should be aware of:

There are actually toxic chemicals that can be found in disposable diapers that are not labeled as “unbleached” or “bleached with peroxide”. The toxic chemicals may harm infants. The emission of volatile organic compounds or VOC, particularly toluene, ethyl benzene, xylene and dipentene, may expose the babies to serious threats of cancer or even a case of brain damage in severe cases.

Other toxic chemicals in disposable diapers include dioxin, an extremely carcinogenic (cancer causing) byproduct of chlorine bleaching. The Archives of Disease in Childhood reports that trace amounts of dioxin are present on disposables. According to the EPA, dioxin is known to cause damage to the:

When released into the environment, dioxin can accumulate in humans and animals.

Another potential chemical danger is sodium polyacrylate, the super absorbent gel that allows your baby to go 5 to 7 hours in a diaper. The gel can hold up to 100-300 times its weight in water. Some experts have pointed out this substance in tampons as the possible cause of toxic shock syndrome, and others claim this toxin is very harmful and potentially lethal to pets, and causes severe skin irritations, oozing blood from perineum and scrotal tissues, fever, vomiting and staph infections in babies. Sodium polyacrylate can also result in symptoms such as:

• coughing and shortness of breath if inhaled
• nausea, vomiting and diarrhea if ingested
• redness and pain in the eyes
• redness, itching and pain on the skin.

All above-mentioned chemicals are not present in cloth diapers.

In case you do not know it, disposable diapers are non-biodegradable and therefore do not decompose naturally. For this reason, the landfills become so easily filled up and therefore, thousands and thousands of soiled diapers get piled up in the garbage dumpsites.

As a result, the air becomes polluted with the different VOCs or chemicals that may be released by such diapers. As diapers decompose, they release methane into the air. High concentrations of methane can be explosive and flammable. Methane is also dangerous to breathe in because it replaces oxygen. In the end it is still the babies that will suffer because they are the ones who are still primarily susceptible to the toxicity in the atmosphere.

Tried & Tested For Over 10 years By Thousands of Parents

Colour Coded Buttons for Ease of Use

If you're interested in cloth diapers, but not sure which ones to buy or what to look out for.. You can try joining our Raf Raf Cloth Diaper Club to learn a great deal more information about cloth diapering.

At the same time, our team will send you more details and information about our Charcoal Bamboo Cloth Diapers, so that you will have all the necessary knowledge to make an informed decision.

Membership is free and you don't have to buy anything to join.

For all general inquiries, please contact us at customer@rafrafbaby.com